These are the 20+ apps to install after fresh installation of Ubuntu. Most of these apps will run on any Linux distribution. So, these apps are not just limited to Ubuntu OS.

Now, for the purposes of this list we will not list any software that ships by default on Ubuntu, e.g., Firefox, LibreOffice, Thunderbird, Transmission, etc and where possible, favors software that you won’t need to add a PPA for. 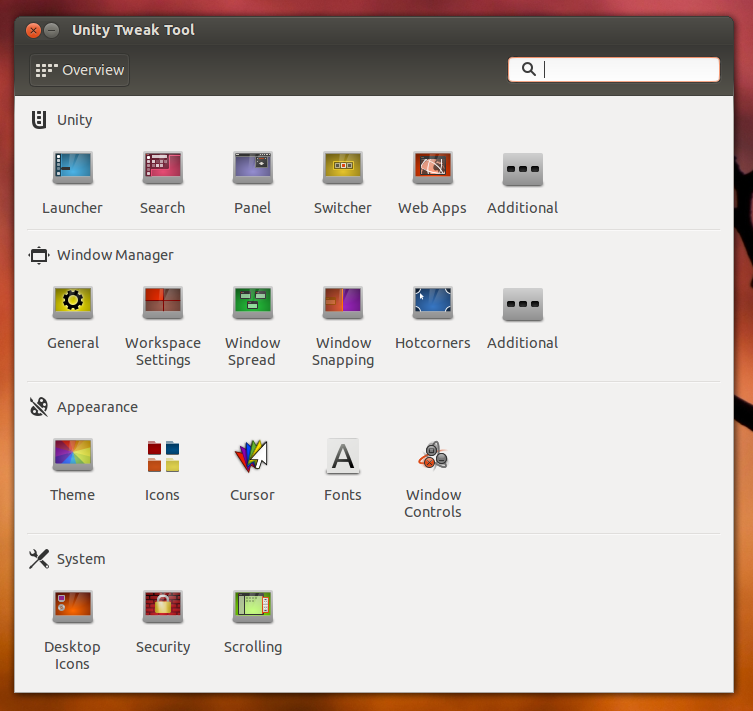 The swiss-army knife of the Ubuntu Unity desktop, Unity Tweak Tool lets you fine-tune and tailor the desktop to suit your tastes. Whether you want to try a trendy new GTK theme, swap icon set, adjust the size behavior of application menus, set up hot corners, reduce the size of the Unity Launcher… The list goes on!

From advanced configuration options to common ones: if something is adjustable chances are Unity Tweak Tool has a toggle for it! 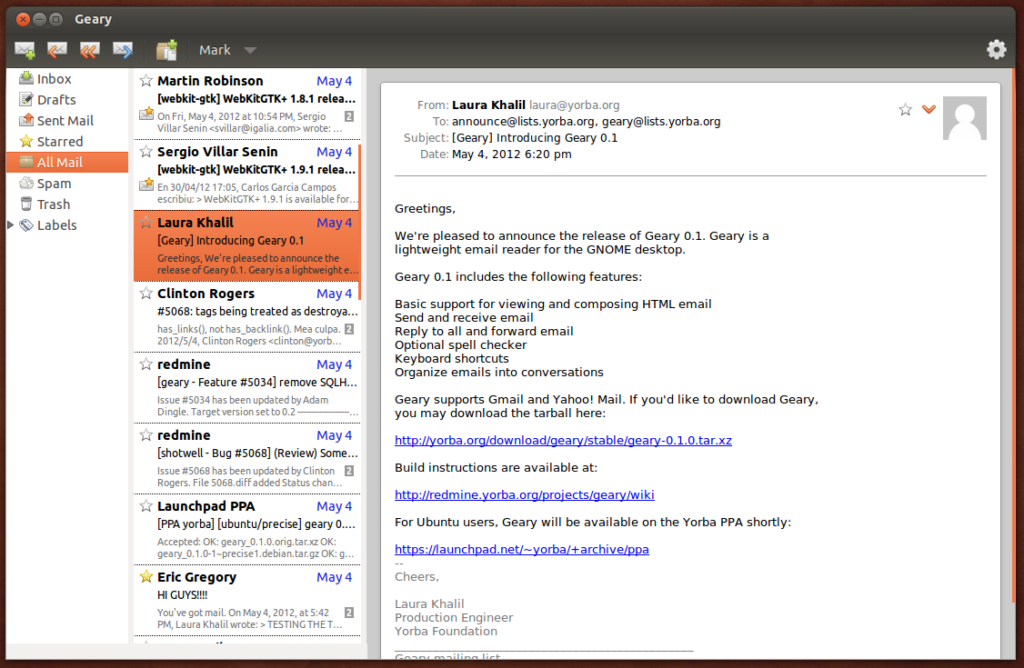 Geary is an open-source desktop e-mail client with a broad set of features, a handy set-up wizard, and integrated with the Unity desktop. If you’re more familiar with Gmail than, say, Outlook then you’ll find Geary is easier to use than Thunderbird, the default Ubuntu e-mail app. 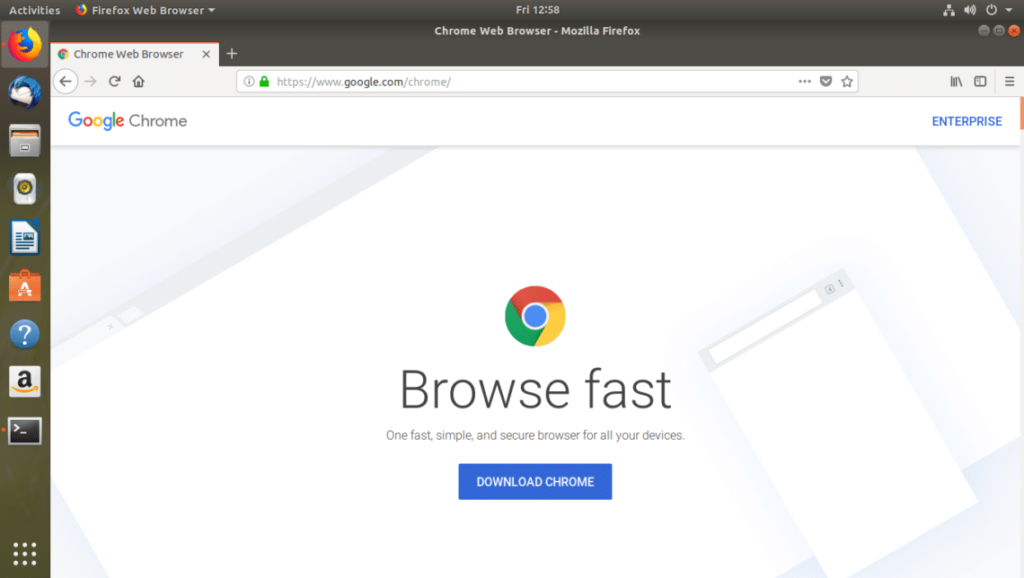 The Mozilla Firefox web-browser already installed on your Ubuntu system and for most it does its job, and does it well. But if you’re more of a Google user, or used Chrome on Windows, then you’ll be pleased to know that you can continue to use it on Ubuntu.

Along with built-in (and up-to-date) Flash player for Linux you can also sign in with your Google account you can sync your bookmarks, extensions and apps between Linux and other operating systems you use. 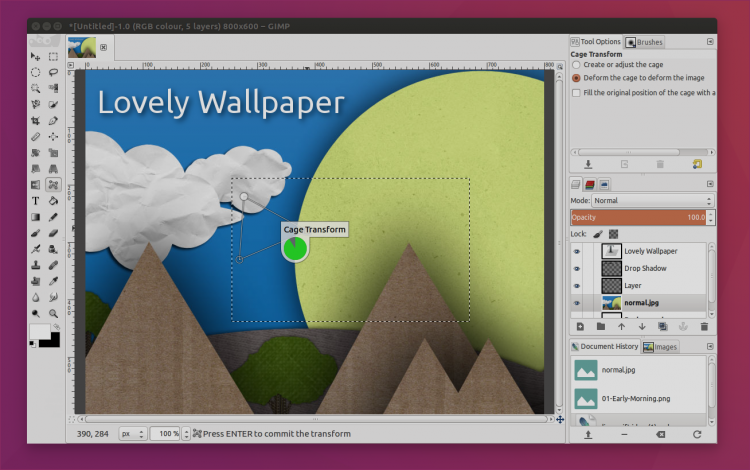 The GIMP, whose name is an acronym for the ‘GNU Image Manipulation Programme’, is a free, open-source Photoshop alternative. While it lacks some of Adobe’s fancier flourishes The GIMP more than matches it on the common features, and in some areas even beats it!

Whether you want to quickly autotune a selfie avatar, create a majestic multi-layered meme to share online, or do some serious pro-touch up work as part of your photographic hobby, be sure to check out The GIMP. 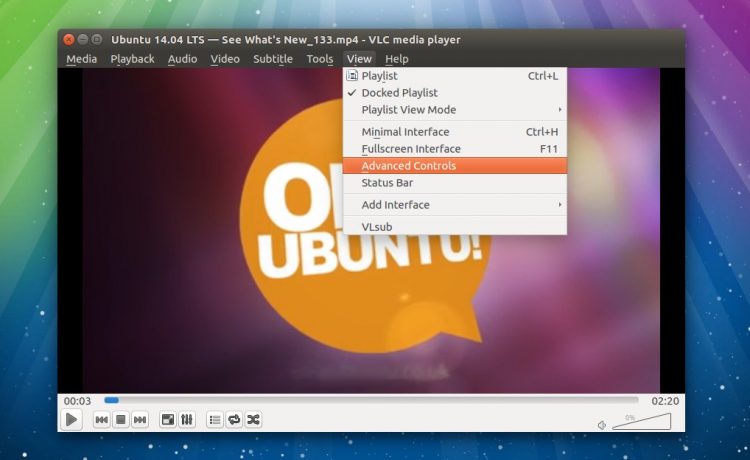 You don’t need me to tell you what VLC is as, like Firefox, LibreOffice and The GIMP, it’s arguably one of the most famous pieces of open source software on the planet!

A versatile desktop media player that can handle almost any media format you throw at it, play DVDs, and even transcode video from one format to another.

This app is indispensable for me. See, my password is the length of a small novella, and any time I move away from my Ubuntu machine for more than a few minutes the Ubuntu lock screen (quite rightly) kicks in.

But sometimes it kicks in while I’m in the middle of reading a length BuzzFeed article, or watching a YouTube video. In these situations I don’t want the lock-screen to interrupt me so I use caffeine. 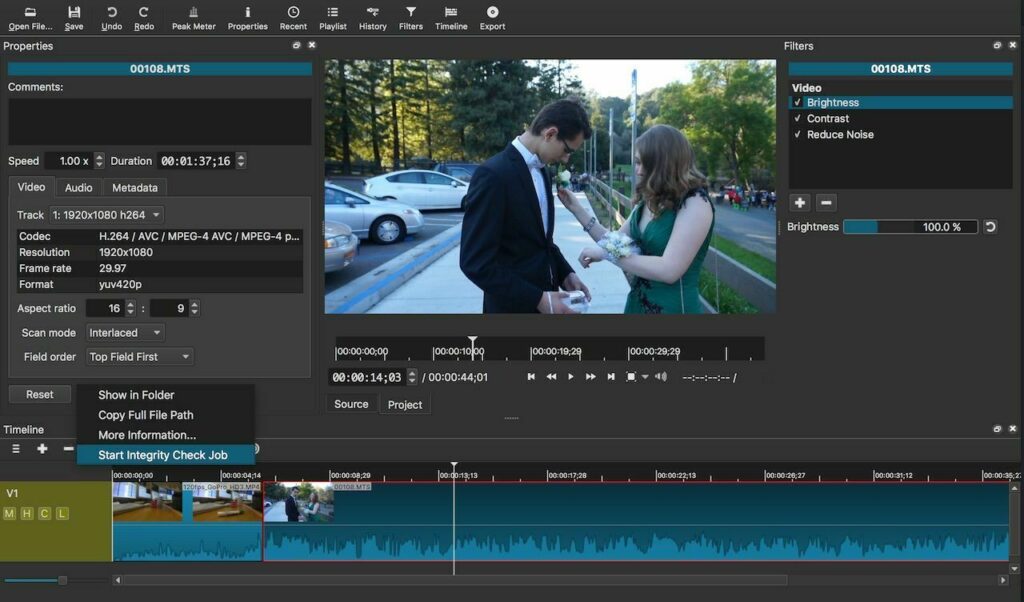 Shotcut is a free, Open Source, cross-platform video editor with a sleek User Interface and support for a broad range of video formats. 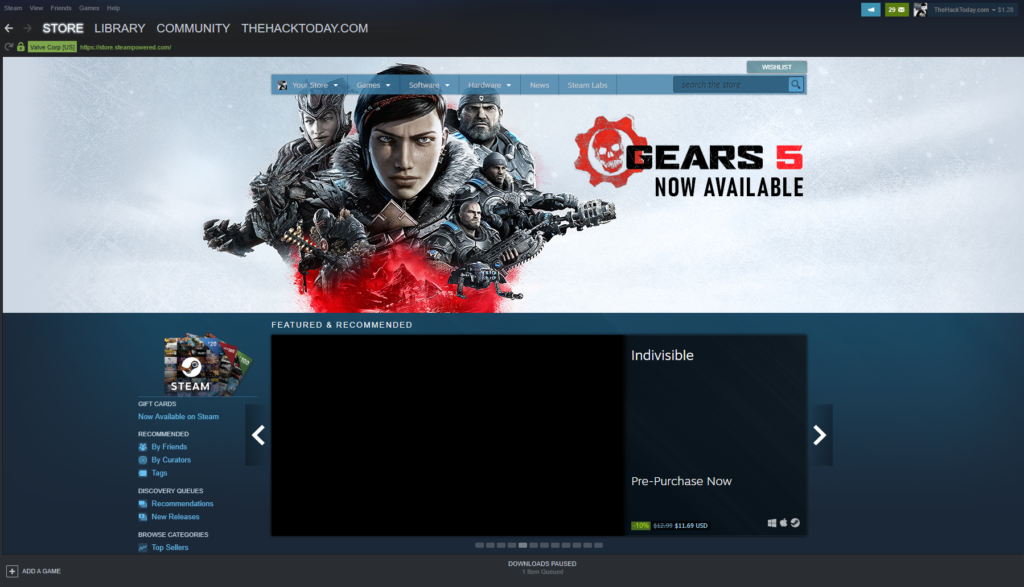 This one is a no-brainer. It’s thanks to Steam that thousands of games are now available for the Open Source community and gaming issues on Linux are almost completely a thing of the past. If you’re a gamer, you can’t go wrong with Steam. 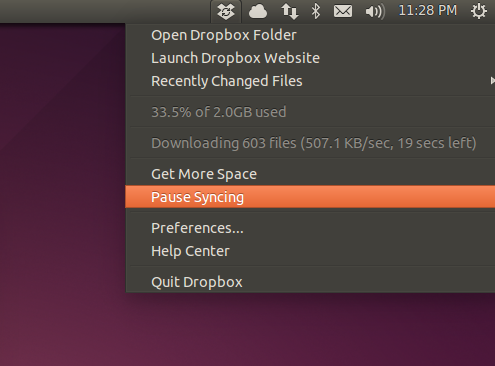 Dropbox provides an official Linux client that integrates with the Ubuntu desktop superbly, letting you quickly selectively sync files to and from their service, back-up new files instantly, and more.

Don’t use Dropbox? You can use Google Drive on Ubuntu out of the box on Ubuntu 16.04 LTS and later. 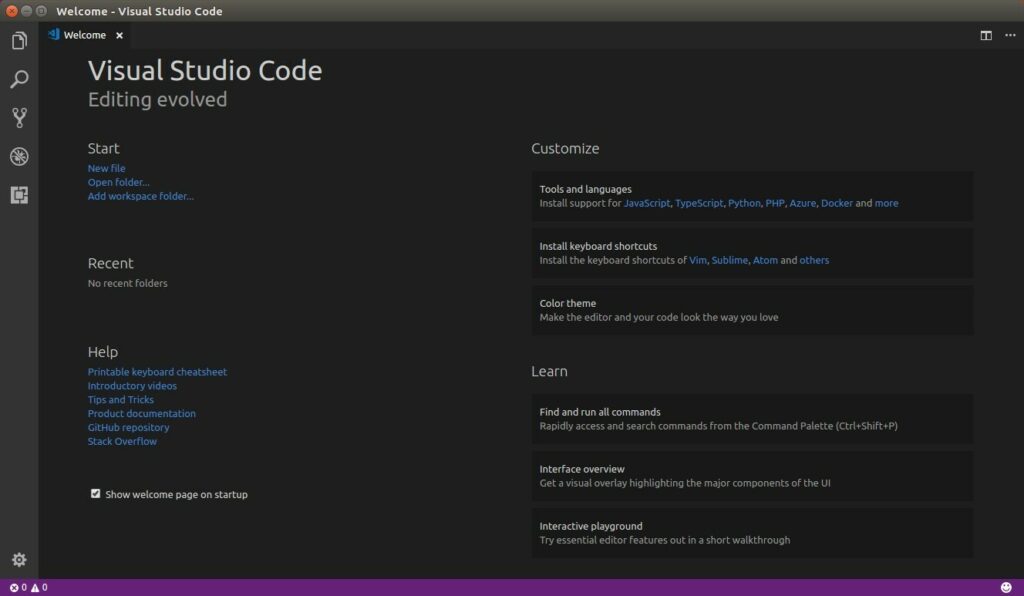 It has out of the box integration with Git, the flexibility of Sublime Text and beauty of Atom text editor.

Sublime Text 3 was my favorite text editor until I began to use Visual Studio Code. You might fall in love with it too.

Peek is a handy utility tool with which you can record your screen and quickly turn the videos into GIF animations. It is beautifully designed, lightweight, and straightforward.

The days of multi-protocol instant messengers are long gone, with (mostly) proprietary mobile-first services now ruling the roost. Want to chat on WhatsApp, Facebook Messenger, Telegram or another well-known messaging service on Ubuntu, without using your browser? Try Franz.

Franz lets you connect to a huge array of services, and offers some basic desktop integration.

In the meantime, Trojita is another email client you can check out. 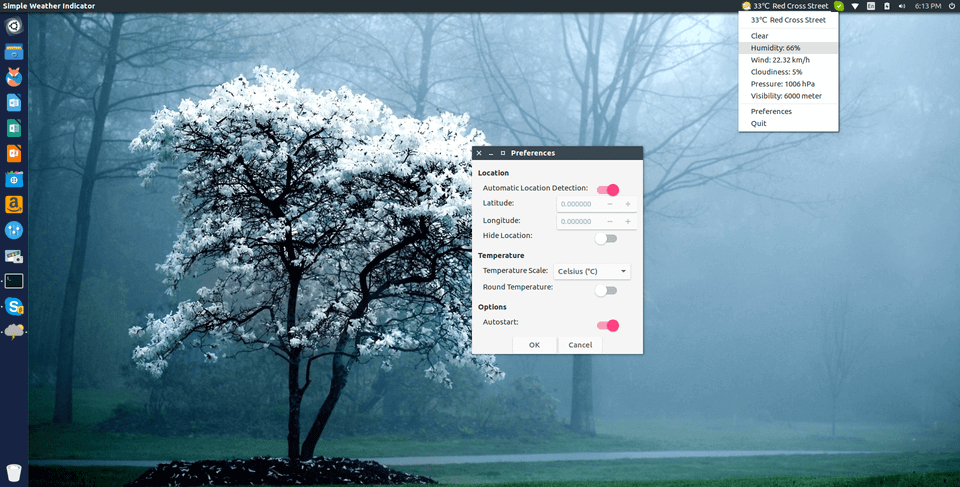 If you want to keep track of the weather conditions in designated locations without stress then Simple Weather Indicator is the way to go. Interact with it from your desktop panel bar. 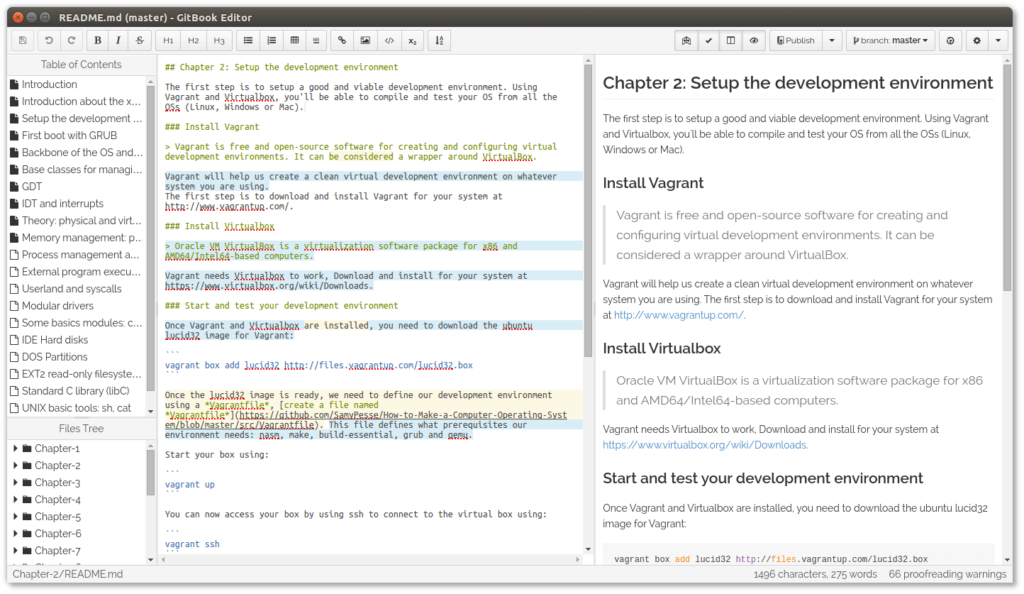 If you’re a GitBook user then there isn’t any desktop client better than GitBook’s own cross-platform GitBook Editor. It is nicely designed and free to use. 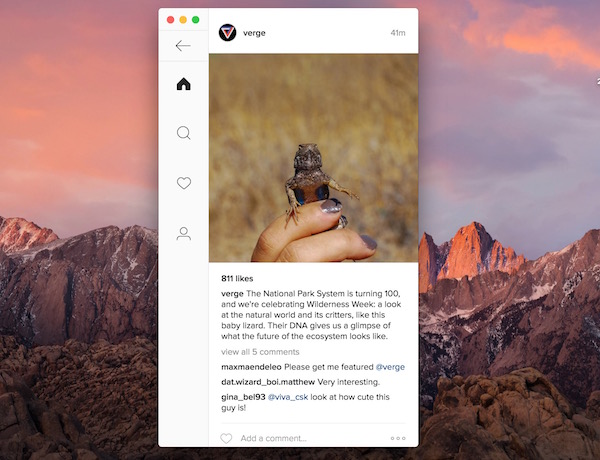 If for one reason or the other you’re not able to constantly be on your phone to interact with your Instagram account, Ramme is the way to go. 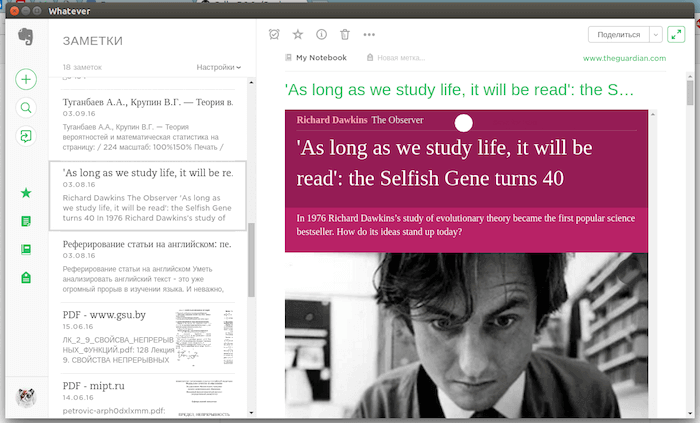 Whatever is an Electron wrapper for Evernote’s web version possessing the same look and feel the Evernote client apps for other platforms possess by mirroring all of its functionality including a background working mode and tray icons.

Looking for a fancy way to learn what window manager, GTK theme, desktop environment, kernel and bash version  you’re running? You could click through a glut of menus to find out, or you could run one command: neofetch.

First things first: you’ll need to install the app before you can run it and to do that you’ll need to grab the latest release from the NeoFetch Github page. If you’d rather use a PPA, there is one. See our earlier post for full details on how to add it and help ensure you’re always running the very latest version of the tool. 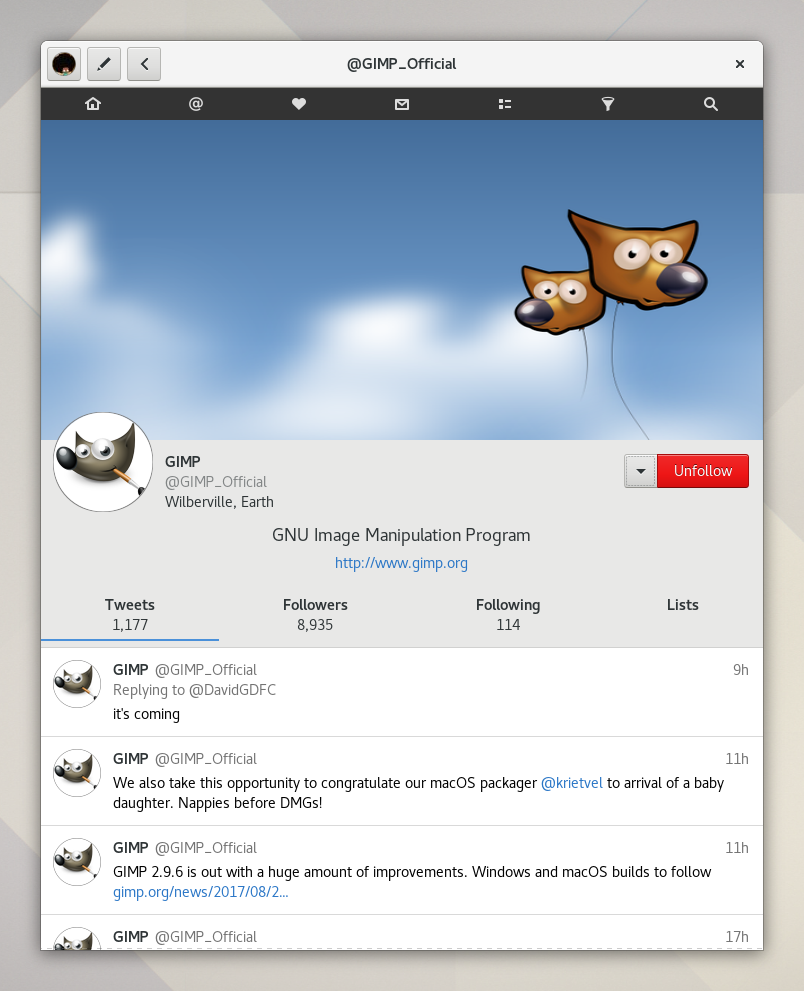 Linux Twitter users looking to use something other than their browser for catching up on the ‘what’s happening’ have a number of desktop Twitter clients to choose from, but by far and away the best Linux Twitter app is Corebird.

Although the open-source BleachBit typically gets our ‘system cruft cleaner’ recommendation the user-friendly (and less potentially destructive) nature of Ubuntu Cleaner just edges it out. 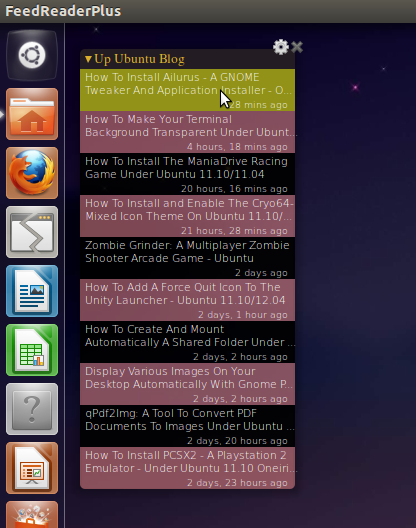 I keep tabs on hundreds of apps, web sites, and other  development projects in two ways: e-mail (via mailing lists) and RSS feeds (via Feedly). If you use the latter (or even if you don’t) you may be interested in checking our FeedReader.

Keeping an eye on the conditions outside is part and parcel of our daily routine. But when you want to know a little bit more about what the weather is going to do over the next few days you can’t just “look outside” and guess.

That’s where applications like Weather Indicator come in to play. Discreet, panel-based applets that reliable inform you of the current conditions and, with a click, tell you more about what’s in store.

A variety of different weather indicators exist, many of which we’ve covered on this site.

For taking desktop, app or web screenshots and annoying them with text, arrows and icons, you’ll want to use Shutter. Nothing else comes close to it in terms of feature set and performance. Shutter does more than just take screenshots, and is able to auto-upload snaps taken to a remote web services, including Imgur. 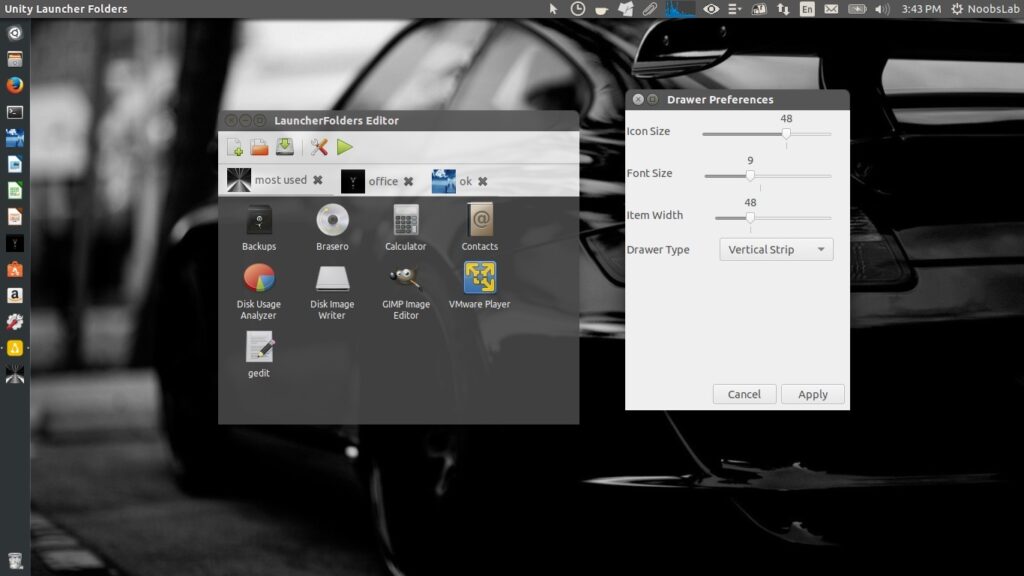 Unity Folders is an aptly named app that lets you create clickable folders on the Unity launcher.

Ideal if you want to organise your most used apps based on type (‘games’, ‘office’, ‘social‘, etc) without opening the Unity Dash.  You can customize folder icons (or auto-generate one based on the applications inside), while existing folders can be edited, rearranged, rename and re-other stuff, too.

When I started this list I was convinced that I wasn’t going to list any music player alternative to Rhythmbox simply because few players offer anything massively different to its or its feature set. 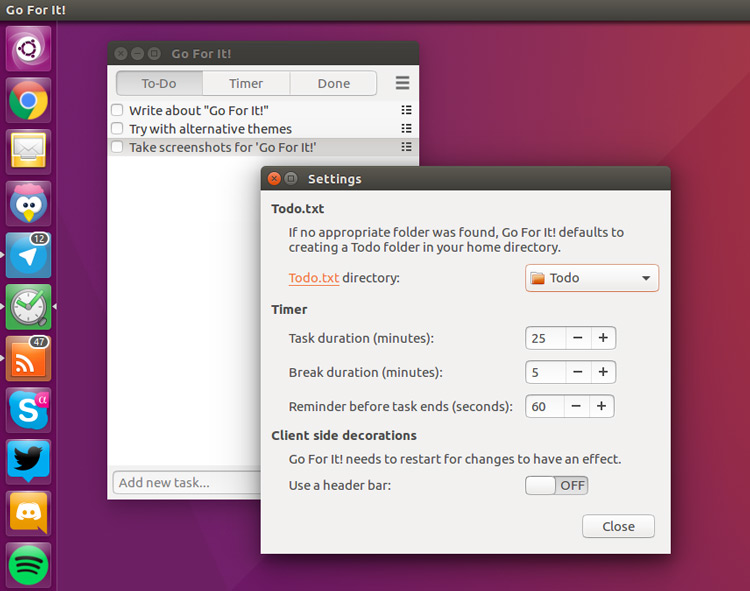