After Snapchat’s Spectacles and Google Glass, Facebook has also launched Ray-Ban smart glasses in collaboration with EssilorLuxottica. It is a Ray-Ban Company and this would be called “Ray-Ban stories”.

These Ray-Ban smart glasses appear like any other normal glasses, but you can actually connect them with the Facebook app. They have an in-built camera and speakers which enables the users to use a number of features like music, short videos, photos, and calls.

The smart Ray-Ban glasses were built keeping in view the modern world and direct contacts.

According to Facebook, you can do both direct interactions with the world and with social media and devices at the same time. This idea somewhat seems unreal, anyways.

“Ray-Ban Stories (smart glasses) is an important step towards the future when phones are no longer a central part of our lives and you won’t have to choose between interacting with a device or interacting with the world around you.”

Smart Glasses as in Ray-Ban Stories have already been launched in the US, UK, Italy, Australia, Ireland, and Canada at Ray-Ban stores and Ray-Ban.com since September 9th.

Facebook has always been under fire for its privacy and security policy. These smart glasses have also raised numerous questions. Many people film others without consent and it is a huge issue.

These glasses have an LED light at the front which would highlight that a picture is being taken for the rights of consent. Just like other things, this LED light can easily be hidden with tape or anything.

All your information like email addresses, passwords for your Facebook login, and battery statuses would be gathered by the smart glasses by default. Facebook is already a very unsafe app especially after its numerous scandals of users’ data leaks and theft. Under these circumstances putting your trust in these could be a great risk.

How To View Saved Wi-Fi Passwords On Android? 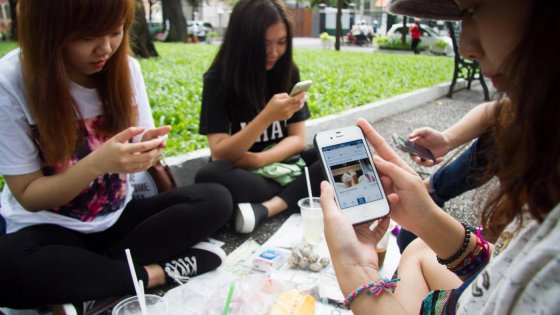 Facebook, a new feature to control who has displayed an invitation