The first interest of Mark Zuckerberg, Facebook’s founder and one of the most important entrepreneurs in the world today is virtual reality.

Why are you so sure it’s not a hoax?

“It is often said that it is easier to predict what will happen in ten or twenty years you imagine what will happen in three years. But there is some very clear trend. For example, artificial intelligence will be developed further and in future we will be able to treat even more diseases. we all know that. But the real art is to see how we will get there. in the end we bet on the fact that virtual reality will become an important technology. I’m pretty sure that I will win this bet. And now is the time to invest . Just this week we announced that the launch of the Gear VR They have already been looked a million hours of video 360 ° with the viewer. the distribution by Samsung has just begun. All this is very encouraging. what I really do not know is how long will it take before this ecosystem is built. It may take five, ten years or even twenty. It took ten years to reach a mass market from the development of the firstsmartphones . The Blackberry was introduced in 2003, and only in 2013 was reached the figure of one billion devices.

What size will take the marketreality virtual ?

Goldman Sachs predicted in a study of a 80 billion dollar market. ” We bet on two trends. First, the fact that people continue to want more and more immediate opportunity to express themselves. If we think it was the Internet ten years ago, people shared and used mostly texts.Currently, a lot of photos. I believe that the next step will be the video, in increasing quantities. In this way, however, you will not yet come to the end. In the future we want to take an entire scenario, an entire room and enter into it.It will broadcast live, streaming, what you are doing, you will interact with people in this space.

” Can you imagine that one day the most frequent mode of conversation will be the virtual chat? That people will speak well with each other?

“Sure.” Any idea when we get there? “I can not say exactly. The challenge, I think, is to ensure that it is better than a videoconference, so it’s worth the money spenderci penalty. But a simple version could be developed in a short time. Thus a trend goes in the direction of greater abundance. The other trend is the creation of ever more powerful computing platforms. We started with the server as big as skyscrapers, which could only be used with a specific professional preparation. Then came the PC, which contained the entire skyscraper, but people do not really used it, even if he could do a lot of things. Then came the telephone-computer, that people love, almost everyone has one. But it’s still a bit ‘cumbersome pull it out of the bag, and its screen is small and not very immersive. I truly believe that in the future every ten or fifteen years will be a new IT platform. Virtual reality is currently the most promising candidate. ”

From the perspective of Facebook, which will be the next big trend in virtual reality?

” I see our work divided into three temporal planes. First, today’s existing products and adapted to the needs. They are Facebook and News Feeds, Instagram, and up to a certain point WhatsApp. Second, for the next five years there is a series of new challenges, including that of the video is certainly the largest. I think the video is a mega-trend, almost like mobile telephony. Third, finally, there is the tenth level of what is to come. This is why we invest in three main areas. One is that of connectivity, where it comes to ensuring that everyone in the world has access to the Internet . It’s a great project, for today only three out of seven billion people have Internet access. If you live in a place without good schools, the Internet is the best way to access a large mass of teaching materials. But it is also the best way to access to health care, if there is a good doctor. The second area is artificial intelligence. We expect great advances that will change society: fewer accidents due to cars that drive themselves, the best diagnosis of the disease, improved treatment and more targeted disease and, therefore, more confidence in the health system. And much more. The third area is this next platform for Virtual Reality and Augmented Reality. Are the things that we will work for a decade or more.

How will society change the AI?

” My experience has taught me that people learn in two ways. We can talk about a guided learning and learning unguided. The guided learning is when, for example, you show your child a picture book and shows it all: “This is a bird, this is a dog, this is another dog.” The images are shown, and in the end the child understands that is seeing a dog, as we said fifteen times that it is a dog. This is learning driven. It is, properly speaking, the pattern recognition. For now, we have exploited to the hilt. The other, learning not driven, is the way in which he will learn the majority of people in the future. In this case, you have in mind a model of how the world works and is perfected, trying to predict what will happen in the future. This in turn helps us to determine how they will be our actions; Also this we have a kind of model.Okay, I perform this action, and I expect that to happen in the world this or that based on my actions. Artificial intelligence will help us in this. ”

Includes the concerns expressed in this regard by entrepreneur Elon Musk? He is seriously concerned that one day the AI can dominate and overwhelm the human brain, the machine runs to prevail on the man . consider this fear justified or hysterical?

“i think it’s hysterical.” How can we ensure that computers and robots serve man, and not vice versa?

“i think that in general all the machines that we develop serve the people, otherwise we would have really combined big trouble. I think it will remain so …. ”

But in the end the chess champion Garri Kasparov was defeated by the computer Deep Blue. So you may experience more and more situations in which the computer is simply smarter than the human brain. ” Yes, but in this case the machine has been developed by men for being able to do something better than what you can do the human being. Throughout history many machines have been developed to do something better than a man. I believe that in this area people overestimate what artificial intelligence is able to accomplish. The mere fact that we can develop a machine that can do a certain thing better than a man does not mean that it also has the ability to learn in other areas or to connect different types of information and contexts in order to be able to accomplish something superhuman.

how Facebook will be in ten years? Can you imagine?

” If we make major advances in connectivity, artificial intelligence, the community in ten years will be much larger and, above all, will communicate through video of the Virtual Reality.Over time, the ability to share entire scenes of life will become a valuable aid. “An example: Priscilla and I are talking about how we want to take the first steps of Max with a camera.

How To Improve Security Of Your Internet Connection 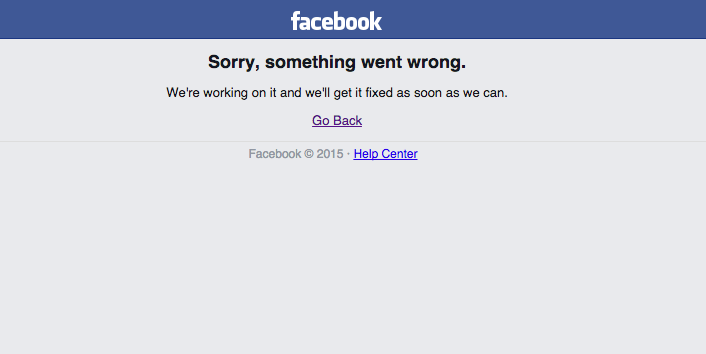 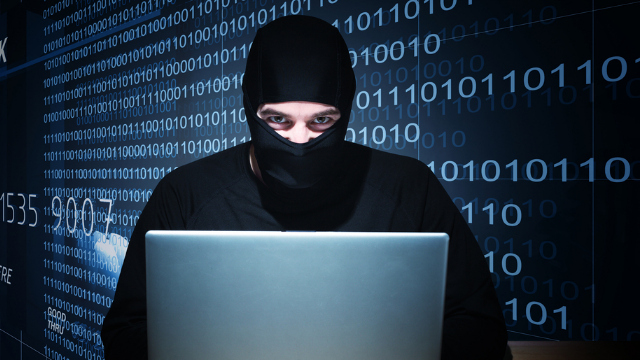 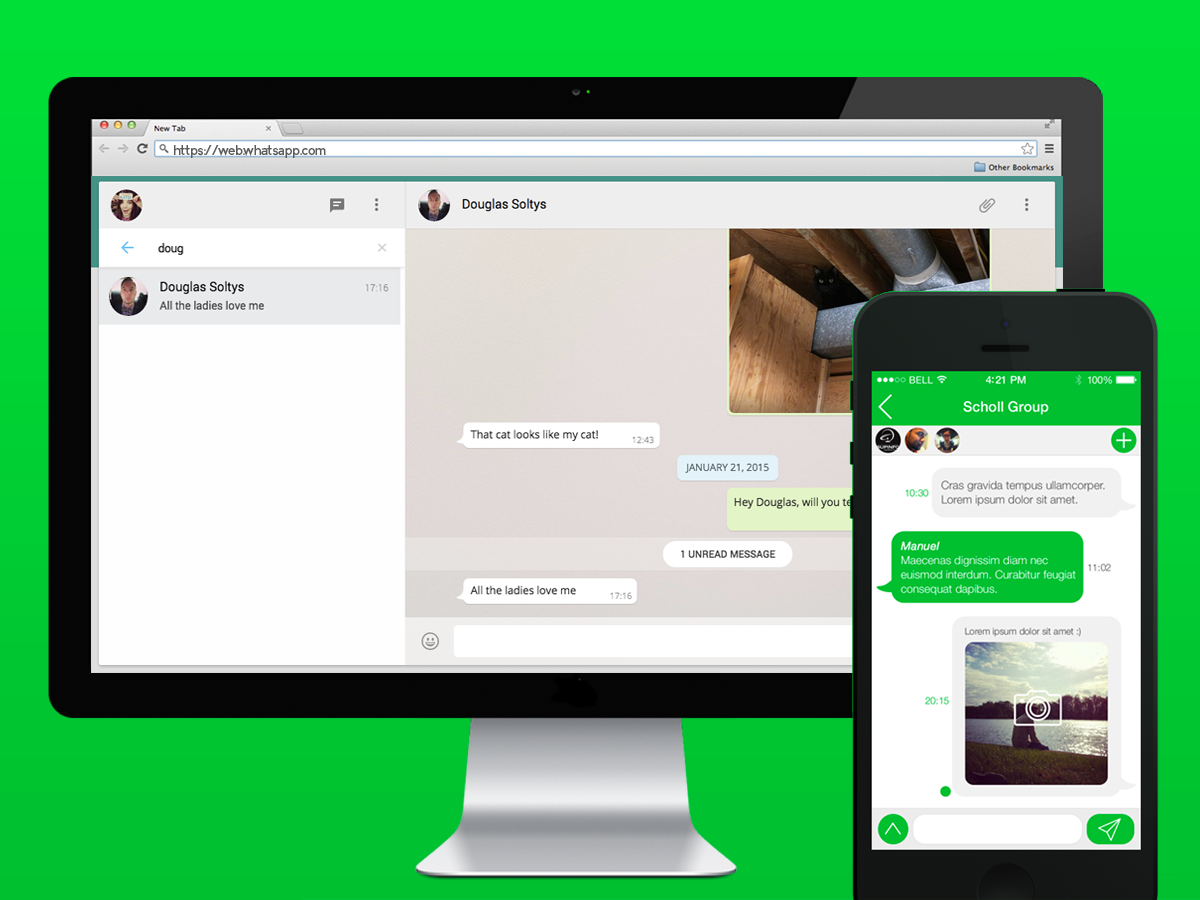